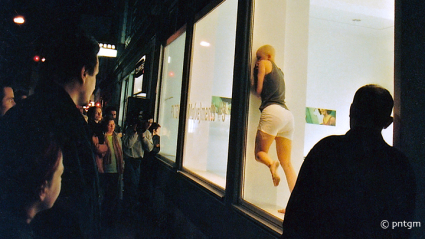 On his ZIPHOP MUSIC project the Austrian multidisciplinary artist Werner Puntigam (music & general conception) collaborates with various international female contemporary dancers/performers, who he invites to choreograph their very individual interpretations of the performance subject "fashion mania - or the nightmare not to know what to wear", based on his composition 'Mo(ve)ments #3' (the music has been created by the sounds of zippers only). Most times the unconventional small and narrow stages with quite limited space to move are windows of shops or galleries, used as kind of abstract changing rooms, allowing the audience to observe the maniac (un)dressing/clothes-changing dancing/performing action in front of the window from the street. So far the following dancers/performers have been featured in this project: 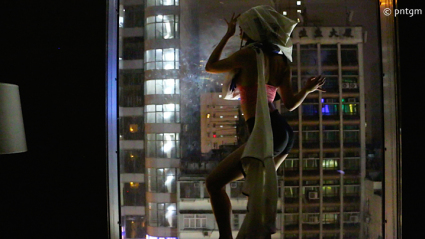